What are you currently reading? 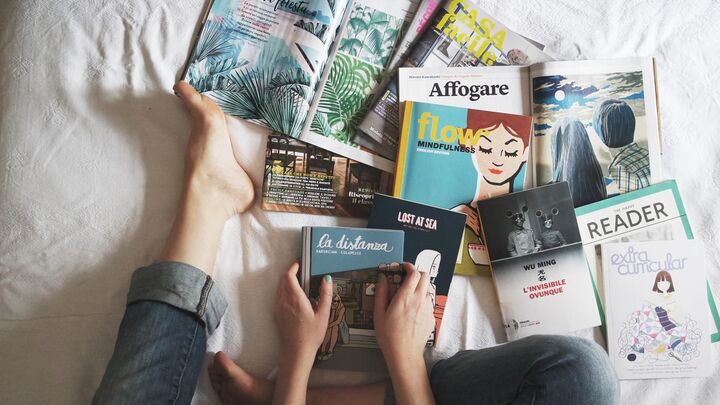 This is a thread for everyone to write about what they are currently reading! It's for you to get some reading inspiration.

I'm reading All The Birds in The Sky by Charlie Jane Anders (2016).

Here's the summary from the back of the book:

"Patricia is a witch who can communicate with animals. Laurence is a mad scientist and inventor of the two-second time machine. As teenagers they gravitate towards one another, sharing in the hours of growing up weird, but their lives take different paths...

When they meet again as adults, Laurence is an engineering genius trying to save the world - and live up to his reputation - in near future San Francisco. Meanwhile, Patricia is a graduate of Eltisley Maze, the hidden academy for the magically girted, working hard to prove herself to her fellow magicians and secretly repair the earth's ever growing ailments.

As they attempt to save out future, Laurence and Patricia's shared past pulls them back together. And though they come from different worlds, when they collide, the witch and the scientist will discover that maybe they understand each other better than anyone."

I started reading Steve Jobs by Walter Isacson when it came out. I still haven’t finished it but hopefully will. It was interesting.

This is my eternal reading difficulty, that I seldom finishes, or even starts reading, books I buy. It doesn’t matter how interesting it is. I am very nomadic in my attention. :-)

I often buy books and never read them, or start to read several but never finish them.