New - Fire and Fury: Inside the Trump White House 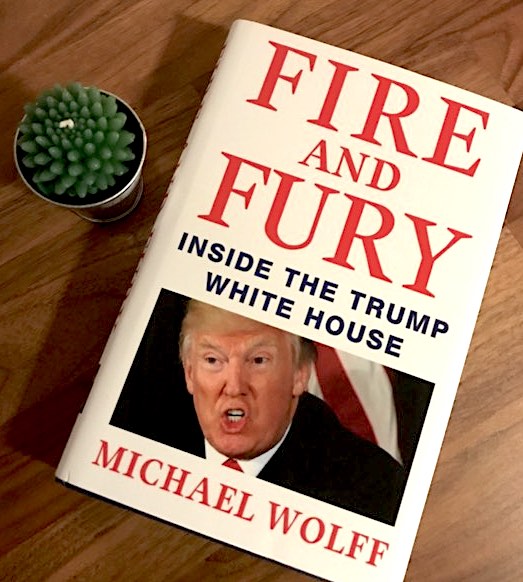 My boyfriend and I got our new book in the mail yesterday!

If you aren't already familiar with this book, then let me tell you a bit about it.

Fire and Fury: Inside the Trump White House by Michael Wolff (2018)  is a non-fiction political book newly released which reveals details "about the  behavior of U.S. President Donald Trump and the staff of his 2016 presidential campaign and White House." - Wiki

Here's a few quotes about the controversial release of the book, from just a few weeks back, written by Time in an article called, "Fire and Fury Publisher Calls Trump's Block Unconstitutional".

"The publisher of Michael Wolff’s explosive exposé on the Trump White House has called the President’s attempt to stop publication of the book “unconstitutional.”

In an email to all employees on Monday morning, Macmillan CEO John Sargent recapped the timing of last week’s demand from President Trump that the publisher cancel its plans to put out Michael Wolff’s Fire and Fury. Instead, Macmillan pushed up publication to the following day, four days earlier than initially planned. The book has since gone on to top bestseller charts, selling out at many retailers."

I can't wait to read through it and write a review! How about you? Are you interested in reading a review?

I think it’s good that the book got published but I won’t be reading it so a review would be great.

I agree, it would have been devastating if Trump was able to restrict the publication. I better got on with reading it!

I too look forward to read about that book.